There are many operating system (OS) choices for the immensely popular Raspberry Pi.  Some are general purpose OS’ that support the installation and running of various applications for entertainment, business, education, development and special functions.  Others are specific to a task or for use as an embedded system.  This article will list many of the operating systems with a brief description of each. We will also note whether the OS supports (at time of this writing) the newer Raspberry 2 with its ARMv7 processor.

The OS can be operated in either Console / Terminal mode or in graphical (GUI) desktop mode. In Console mode, commands are entered as text in a non-graphical, command line. Console mode requires familiarity with Linux commands. In Desktop mode, a graphical display of applications is shown and operated using a mouse and keyboard interface (think MS Windows / Mac). 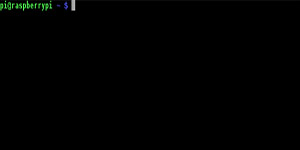 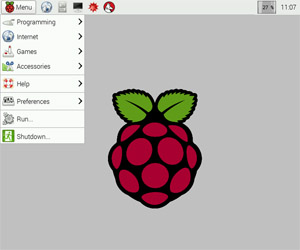 Raspbian includes many pre-installed applications in categories of Programming, Internet, Games, Accessories and Tools.   Some notable applications include:

Raspbian is very stable and an excellent choice for those who want to get the Pi up and running very quickly in either Console or Desktop mode. For those with little to no Linux command experience, the Desktop mode is ideal for learning about the Pi, creating projects or discovering programming.

Raspbian supports both Pi 1 and Pi 2 (OS versions 1.3.11 and later). Raspbian can be downloaded from Raspberry Pi Downloads.

Another Linux based OS, Ubuntu MATE uses a combination of the Linux Ubuntu distribution and the MATE Desktop. It has a GUI desktop with numerous built-in applications. It is a well-rounded desktop OS with good security and a rich set of applications such as the LibreOffice suite with word processor, spreadsheet, presentation, drawing, database and other applications. In addition to the full-featured office suite, there are the usual accessories and tools within the OS. 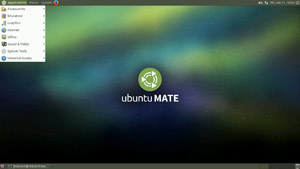 Ubuntu MATE is free and open source, like many Linux distributions, and is intended for general purpose desktop use as an alternative to Windows and Mac OS. Running on the Pi can be a bit sluggish, but as a free, full-featured desktop OS it is impressive none-the-less.

A light-weight variation of Ubuntu. As an OS, Snappy’s emphasis is on better speed, security, simple package management and stability. According to Ubuntu’s website, Snappy Ubuntu Core is perfect system for large-scale cloud container deployments.

By itself, it does not contain “user” applications like Raspbian or MATE. It uses console, text-based interface. The traditional “apt-get” is replaced with a “snappy” utility for getting applications. A Snappy application is completely self-contained with everything needed for the app in a single file, which makes installation (and rollback) more reliable.

Unfortunately, there isn’t much available in the way of apps for Snappy running on the Pi. But, for the Linux savvy, Snappy does offer an interesting OS to explore its potential or perhaps develop a Snappy app.

Snappy only runs on Pi 2. More at Getting Started with a Raspberry Pi.

The ELEC part of the OS’ name is short for Embedded Linux Entertainment Center. OpenELEC was designed to be “just enough operating system” to support its media player software. Kodi is the media player software and serves as an entertainment center or hub. Formerly known as XBMC, Kodi is highly customizable and can offer a one-stop source for managing and playing various media. 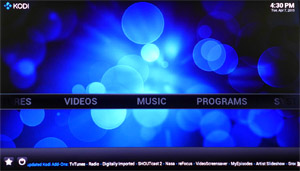 There is support for most audio, image and video formats and it excels at managing streaming sources. It also supports playlists, podcasts, slideshows and accepts many third-party plugins. Installation is easy and out-of-the-box it is ready to connect to streaming source across the internet.  It can also manage media on local or network storage.

OpenELEC / Kodi works on both Pi 1 and Pi 2. The interface is a little sluggish on Pi 1, but has no problem playing media. With the improved performance of Pi 2 the interface is satisfactory and smooth.     Get OpenELEC.

Open Source Media Center (OSMC) is the successor to Raspbmc. It is another media player OS in the same way as OpenELEC. But, unlike OpenELEC, OSMC has a full Debian OS within, whereas OpenELEC has “just enough OS” to support the Kodi media center.

OSMC offers OS images for either Pi 1 or Pi 2. Like OpenELEC, OSMC on Pi 2 is snappier than running it on Pi 1. More at OSMC.tv

Pidora is a Fedora (based on Linux kernel) Remix that has been optimized for the Pi.  It uses a GUI desktop but also has access to command line terminal. Like the other desktop OS’, Pidora comes with the usual set of accessories, tools, text editors, file manager, and of course, access to Linux functions.  It has a word processor, but nothing like the LibreOffice suite on Ubuntu Mate. Of course, like other Linux distributions, additional software and applications can be added.  One nice feature is the multiple desktops allowing different applications to be open in separate desktops. 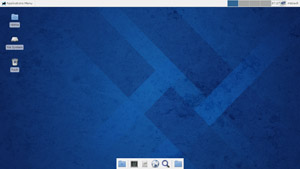 Unfortunately, Pidora only runs Pi 1 (at time of this writing) and is a bit sluggish.  Pidora download page.

This OS is all about efficiency – it is fast and compact.  Unlike the other OS’, RISC OS is not based on Linux. It is a legacy OS designed when computing hardware was limited and has been kept alive by a loyal community of developers and users. 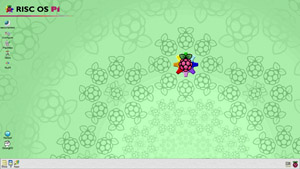 It has a GUI desktop and the closest thing to a command line console is the Task Window (Ctrl F12). Its desktop behavior is unique utilizing a three-button mouse model (Select, Adjust and Menu) and a lot of drag-and-drop actions. Most of the included applications are simple, but functional. Others can be obtained through the included !Store or !PackMan applications.

It is a single user OS with little security, but does have network capability and has a web browser.

Overall, RISC OS was fascinating to explore. It is very fast and will run on both Pi 1 and Pi 2.  RISC OS for Pi.

Another lightweight OS, Arch Linux focuses on five core principles – simplicity, code-correctness over convenience, user-centric, openess and freedom. It boots to command line console and no desktop is included.

Microsoft has recognized the importance of the single-board computer market and is offering an OS version call Windows 10 IoT that will run on the Raspberry Pi. To be sure, this is not the Windows Desktop version that runs on PCs. It is a stripped-down version without the Windows Desktop. It is primarily targeted towards developers who want to create IoT (Internet of Things) applications that then run on single-board computers like the Pi. It requires a full version of Windows 10 running on a PC along with Visual Studio 2015 to develop the apps that will run on the Windows 10 IoT core on Raspberry Pi. More at Windows IoT.

Not really an OS, but rather a project that put together scripts that run on Raspbian OS to support “retro” gaming. The developer maintains a RetroPi ready image with Raspbian and all necessary scripts and installation/setup functions. Once installed, a wide range of gaming emulators are available including Atari, Commodore, Game Boy, Sega, Nintendo, Sinclair and many more. The actual games are obtained from various internet websites (in spite of copyright issues) and are call ROMS.

There are RetroPie images for either Pi 1 or Pi 2. More at:   Petrockblock.com

There are numerous other specialized operating systems that run on the Raspberry Pi such as:

Without question there are many operating systems available for the Raspberry Pi. This article touches on a number of them, but is no means an all-inclusive list. If fact, developers are continuously creating new versions to meet different and specialized needs.

The really exciting thing though, is that there are so many available and almost all are free! This coupled with the inexpensive Raspberry Pi board (thank you Raspberry Pi Foundation!) and the massive community support, makes the Pi one of the most exciting and flexible single-board computers available today.