Demonstrate the use a PIR (Passive Infrared) sensor with the Raspberry Pi to turn on an LED when a person (or warm-blooded animal) comes within range. 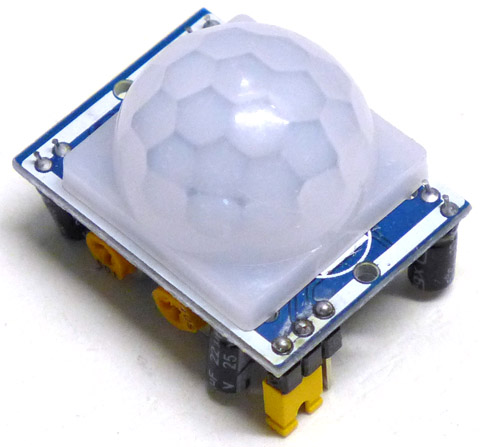 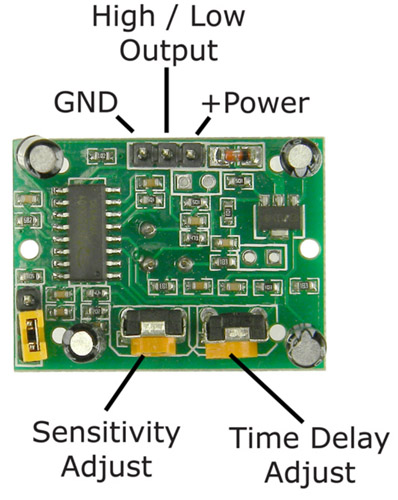 We will use the HC-SR501 PIR motion sensor as it is inexpensive and easy to use. The sensor works by detecting movement of infrared radiation emitted from warm objects (people). In this project, we will turn on an LED when movement is detected.

Connecting the PIR to a Raspberry Pi 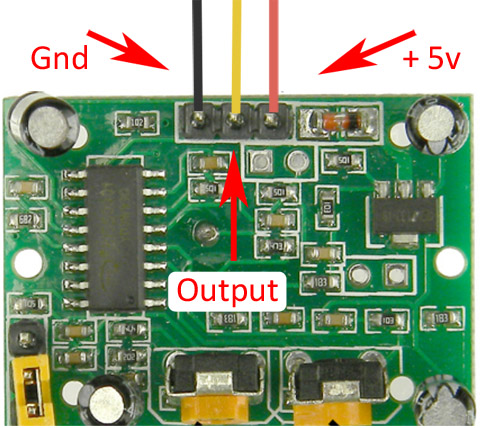 Connect the wires as shown above to the bottom side of the PIR. Turn the PIR over and then connect the PIR wires to the breadboard. 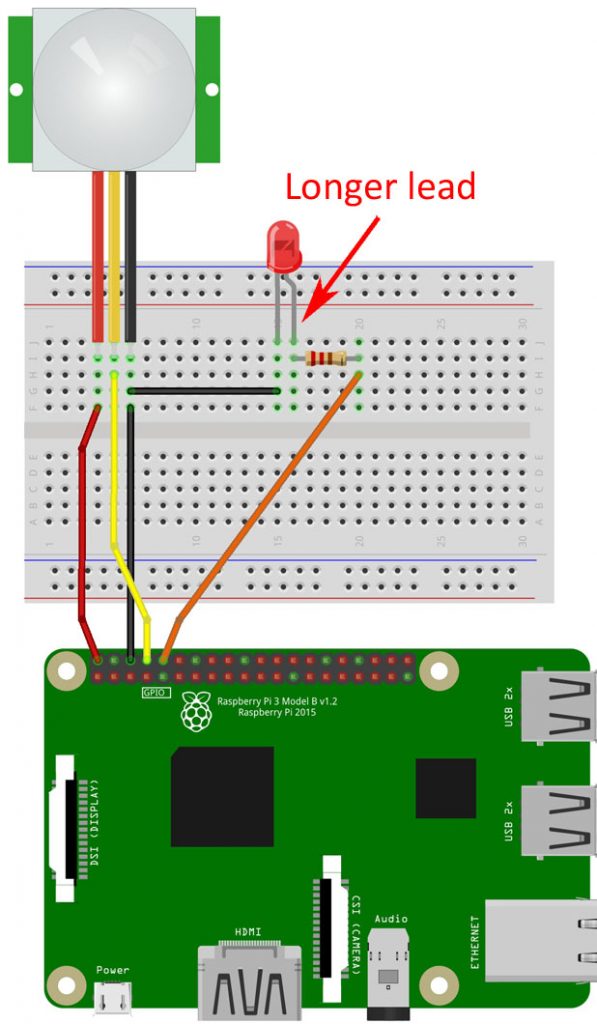 As always, double check your connections!! You do not wish to “fry” your Pi due to incorrect wiring.

Following is the Python source code used for this demo. You can install the program in either of two ways.

A. Key the source code below into Raspberry Pi’s Text Editor. Save it into the Pi folder as pir.py

B. If the Pi is connected to the internet, you can download it from our website as follows.

Once you have the Python program on the Raspberry Pi, launch the command Terminal and type the following command in the Terminal (in the same directory where you put the python program, which should be /home/pi ).

Step away from the sensor and let it timeout to turn LED off. Approach the sensor and it should turn LED on. Try changing the Sensitivity Adjust and Time Out Adjust as desired for sensor range and LED time on.

There you go. You have a Raspberry Pi that can sense an approaching person. Further programming and Pi configuration can be done to do other things in response, such as activating an alarm or annunciator, turn lights on / off, trigger a camera, . . .