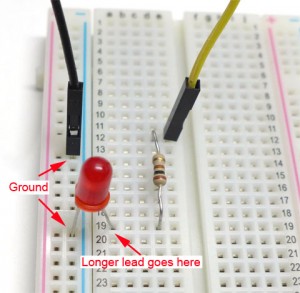 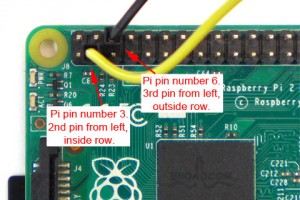 The Raspberry Pi has a great interface capability through its GPIO (general purpose input / output) header pins. This article will show how to make an LED light blink. While very a simple, this is a good introduction to using the GPIO and the Python programming language to control it.

Insert the male end of a jumper wire in the same outer column as the short LED lead (the black wire in image above). ;This is the ground. Connect the female end of the ground wire to the 3rd pin on the top row of the GPIO.

Connect another jumper wire from the 2nd pin of the lower row of the GPIO. The male end of this wire is inserted to the breadboard on the row at the other end of the resistor. 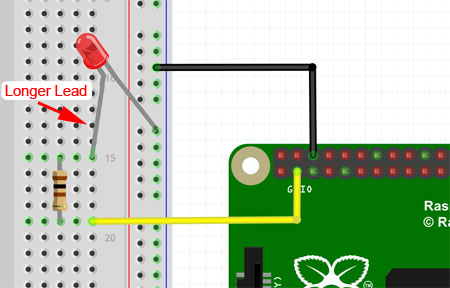 Now for the programming. Launch Python 3. From the Python menu, click File, then New to create a new “source” file. Type the following Python code into the editor. When done, click File, Save and give it a name like blink-led.py.

Once the file is saved, click the Run menu, then Run Module, or simply press F5. The program will run in the Python Shell. If everything is connected correctly and the code is without error, the LED should blink steadily for 50 times! Try changing some of the values in the Python code.