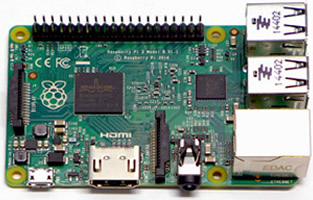 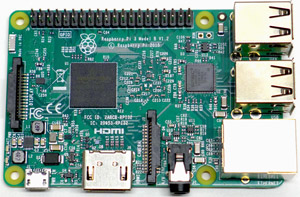 The Raspberry Pi Foundation has offered a steady increase in performance for its wildly popular Raspberry Pi.  They’ve just released the Pi 3 in March, 2016.  In addition to performance enhancements, Pi 3 now comes with built-in WiFi and Bluetooth.

So just how much better performing is the RPi 3 model B compared to the RPi 2? To answer the question in terms we can better understand, MBTechWorks has performed some relative benchmarks.

There are many factors that affect performance of any computer including CPU speed, CPU cores / processors, OS ability to process multiple threads, the storage I/O speed, memory, video GPU, and cache to name some of the more significant.

To more objectively measure performance (considering the many variables listed above), we compare the launch times and CPU utilization for many of the applications that come standard with the Raspbian operating system (the recommended OS by the Pi Foundation). While this may not be a rigorous comparison, it does provide a pretty good real-world benchmark for contrasting the performance differences. Finally, we include one synthetic benchmark using the Sysbench tool to give an idea of raw CPU power differences. Sysbench is configured to calculate2,000 prime numbers in each test, first using 1 thread, and then 4 threads.

All times are represented as minutes:seconds or just seconds if less than a minute.

Except for Sonic Pi, the Pi 3 is noticeably faster in every test – as one would expect.  Sonic Pi software has gone through revisions and updates, so I suspect it’s software is more robust and may explain the increased launch time.

The original Raspberry Pi 1 model B and B+, lacked in performance – however, for a $35 (US) computer board, few complained!  Now after several new Pi revisions, the performance of Pi 3 is impressive for a computer board that is still $35!